Integration of SuDS planters in the design of landscaping

Greenery promoted Rick sotiropoulos to the Director of Construction Business Development. In this new role, he will focus on helping The Greenery strengthen its impact in the current market and further expand into new and expanding markets with its construction services.

Sotiropoulos has been working at The Greenery since 2015 as a pre-construction manager. His new role as Director of Construction Business Development will be primarily to seek out business opportunities, conduct market research, and nurture and develop customer relationships in the various markets served by The Greenery. These markets include the Netherlands of South Carolina; coastal Georgia; Jacksonville / Daytona, Florida; and Greenville / Spartanburg, South Carolina

“Rick has demonstrated exceptional leadership and business skills throughout his tenure at The Greenery,” said Lee Edwards, CEO of The Greenery. “We are confident in its ability to continue to develop and expand The Greenery’s construction services for our existing and future markets. “

In this role, he leads and guides teams, plans and coordinates tasks and teaches team members important skills and safety procedures.

Alan has over 30 years of professional experience in operations management, landscaping and property maintenance. His extensive management experience and positive attitude make him an ideal candidate for the organization. He attended Ohio State University where he studied agriculture.

Munro, a manufacturer of pumps, pump controls and pump stations for the turf irrigation market, has appointed Jay linville as the new central regional account manager.

Linville will work closely with the company’s network of professional distributors as well as irrigation specifiers, landscape architects and landscape contractors, to provide support and develop and enhance Munro’s current market presence.

With over 30 years in sales and account management, Linville brings experience working with distributors, municipalities, school districts, developers, contractors and specifiers. He is delighted to once again have the opportunity to contribute to the exciting growth of a leading brand. Linville is a graduate of the University of North Texas.

Main source, a division of Albaugh, has hired Avril Allenbrand as the new Marketing Director.

Allenbrand will also work on the US side of agriculture and seed processing with marketing and communications related activities for the US company.

She brings a wealth of experience in the turf and ornament industry from her eight years at PBI-Gordon in Marketing and Communications as well as over 10 years in the agency side of the company where she was involved in the account. of FMC ag for more than five years. She will be based in Shawnee, Kan.

Eric smith was promoted to Director of T&O Sales of BioSafe Systems.

In this new role, he will be responsible for implementing sales activities, identifying new market opportunities and defining the actions necessary to continue T & O’s growth initiatives. Smith and his team will continue to develop opportunities and partnerships in the ornamentals, grounds maintenance, cannabis / hemp, turf, greenhouse vegetables and ACE markets.

Smith joined BioSafe Systems in August 2016 and has been instrumental in the development of the T&O division. For the past two years he has also led the East Coast T&O team and was recently elected to the Executive Leadership stream of FNGLA.

The Ohio Nursery & Landscape Association (ONLA) appointed board of directors Tracy schiefferle to fulfill the role of general manager.

Its current executive director, Ken Fisher, has resigned his position to devote more time to serving as president and CEO of AmericanHort.

Schiefferle has over 20 years of experience in the nonprofit sector and a solid reputation for skilled, not-for-profit management leading to profitable growth. His past experience includes leadership roles at the Building Industry Association of Central Ohio, the Ohio Ophthalmological Society, and the Columbus Medical Association & Foundation.

Schiefferle is excited to bring his vast knowledge of association management to the ONLA membership community and the Ohio nursery and landscaping industry in general. Schiefferle’s main goals as she moves into her new role are to assess current offerings from ONLA members and to spend time observing and participating in conversations with members about what ONLA is doing. well and on areas that need improvement.

In addition to Schiefferle’s appointment, three new board members were appointed in January for a two-year term. The new board members are Patrick Greeson from WA Natorp Corporation, Fred Higginbotham from Millcreek Gardens and Genevieve Reiner Mills, Esq. from the Oakland Nursery.

wholesaler, a provider of home service management software for small businesses named Gail goodman to its board of directors.

Goodman previously served 16 years as CEO of Constant Contact, one of the first large-scale SaaS companies to serve the small business segment. Today, she is a director of the board of directors of Shopify, a global business company committed to supporting entrepreneurship. His previous board roles include Mindbody, a provider of cloud-based business management software for the wellness services industry, and Hubspot, a marketing, sales and outreach platform. customer service.

In 1999, Goodman became the CEO of Constant Contact until 2016, when it was acquired by Endurance International Group Holdings. Goodman who was named “Executive of the Year” at the American Business Awards and the New England regional winner of the Ernst & Young Entrepreneur of the Year award. She was inducted into the MITX Innovation Hall of Fame and the Boston Globe named her one of the city’s top 30 innovators. Gail holds a BA from the University of Pennsylvania and an MBA from the Tuck School of Business at Dartmouth College.

Ellwood joined Davey in 2012 while attending Ohio State University, where he earned a bachelor’s degree in environmental science. He has worked for OSU as an arborist, for the City of Dublin Forest Service as a forestry assistant, and for the City of New Albany, Ohio, as a municipal forester. In 2019, he reunited with Davey and was appointed commercial arborist.

Ellwood is a certified arborist by the International Society of Arboriculture (ISA), an ISA-certified municipal specialist and holds a commercial pesticide license from the Ohio Department of Agriculture.

In addition to maintaining responsibility for the overall administration, coordination and execution of our human resources functions, Davis will assume leadership of the Recruitment and Employee Development group. Davis is also a project sponsor on Davey’s SuccessFactors Employee Central program. The program is designed to improve the “recruit to retirement” employee experience and empower employees through accessible information.

Davis began his career at Davey in 2002 as an employee records specialist. Since then, she has worked or led every element of Davey’s human resources department. In 2018, she was promoted to Director of Human Resources Administration.

Davis received her BA in Business and Organizational Communication from Akron University, and in 2008, she received an MBA from Kent State University. Davis is currently a member of Davey’s Chairman’s Council, which reflects and researches new ideas related to company operations and presents them to management for review and consideration for implementation.

Bruestle joined Davey in 2006 as Project Manager for Davey Resource Group (DRG) in the area of ​​natural resources. In 2009, he joined R / C in the Columbus office and worked through a series of leadership promotions in the areas of tree maintenance, plant health care and landscaping. In 2016 Bruestle was promoted to Sales Arborist and in 2017 was promoted to District Manager for Davey’s West Columbus R / C office.

In 2012, Bruestle graduated from the Davey Institute of Tree Sciences, which is Davey’s flagship training program in biological sciences, safety, tree and plant care, and management techniques. He is an ISA Certified Arborist with a BA in Conservation Biology from the University of Idaho.

Next Costly pitfalls to avoid when running a new landscaping business 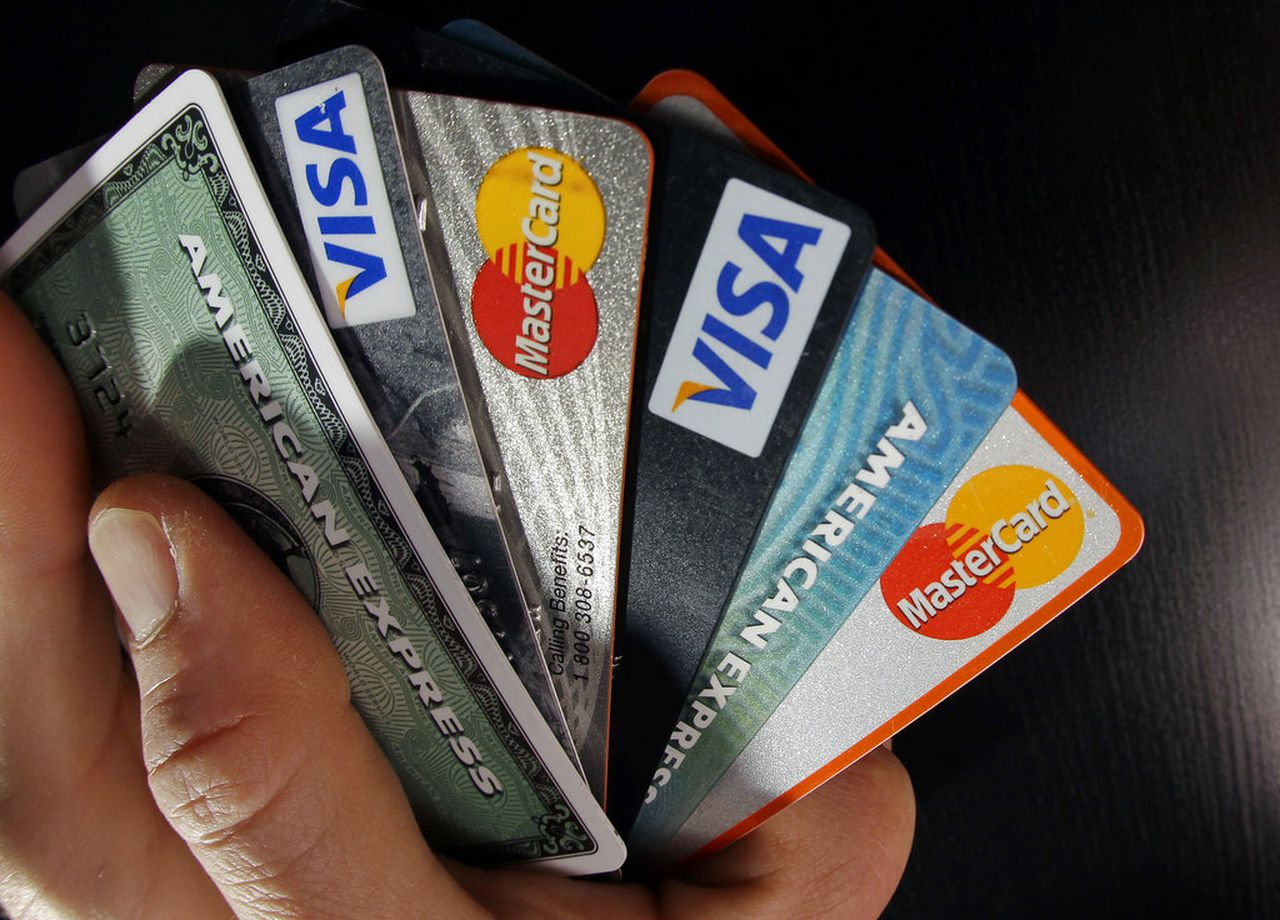